Great news – this is the first of several recipes I’ll be posting over the next few months that involves the word caramel. Wait. I think I hear you all cheering.

To kick off my …er… caramel season I have these superbly indulgent Cinnamon Caramel Tarts. Inside of each sweet, crunchy pastry shell is a tempting layer of buttery caramel which has been jazzed up with the addition of cinnamon. Well, it is autumn and I do like my spice. This dreamy caramel is hidden under a milk chocolate glaze that balances the deep, decadent caramel perfectly.

That all sounds pretty perfect to me. In fact, it’s hard to identify the real star of the show here. All three components will individually rock your socks off.

All of that does indeed add up to 3 equally perfect layers.

I won’t lie, these Cinnamon Caramel Tarts do take a little time to prepare but since they are the perfect 3-way marriage, I’m willing to forgive them the time involved.

I also know that the thought of making caramel can be a bit daunting if you’ve not attempted it before (should I stir – yes/ no/ does anybody know?) I do recall my bitter disappointment when my first attempt at caramel making went horribly wrong. Looking back, I was simply naive and ill prepared. Once I’d actually taken the time to read some proper instructions and followed them carefully, then I started to produce some respectable caramel.

Along my rocky road to smooth caramel heaven, I’ve picked up tips here and there. I’ve listed them here to to get any newbies amongst us going:

And there we have it: my foolproof list of tips that I tend to adhere to 95% of the time. If you want to read more on caramel making, head over to David Lebovitz. You’ll find plenty more tips along with his in-depth insights into the mechanics of caramel making.

Technical lesson over. I must now leave you to save, share and bake these ludicrously tasty Cinnamon Caramel Tarts yourselves. There’s only one left in my kitchen and it’s calling for me…. right now.

For the Chocolate Glaze

1. Making the caramel requires a little patience as it is best to let the sugar gradually melt over a moderate heat. Expect the process to take around 15 minutes **A bain marie is the fancy name for a water bath: a heatproof bowl set over a pan of barely simmering water. The chocolate goes into the heatproof bowl to melt. The bowl must not touch the hot water
Have you tried this recipe?Mention @jane_littlesugarsnaps or tag #littlesugarsnaps! 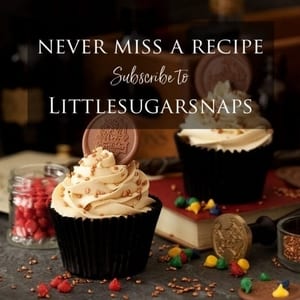